Yes, following the Quiz Night @ The Hopwood which raised over £200, we thought we should put our hands in our pockets, like other local groups have, and help make the Albert square Rally on 1st April a total success.
So we’ve agreed to pay around £70 to the hire of the generator to power the public address [PA] – so everyone can hear from the invited speakers.
None of this could happen without your continued support so a big big thanks to all our supporters.

This will be a family friendly event and we encourage you all to bring your children and grandchildren. This is about their future too. Affordable homes but with the jobs and environment to go with it!
There’s a GREEN theme – shoe laces, t-shirts, ribbons or full on green! Your choice… most importantly, we just need you to attend the rally for 1pm.
We will have prizes for:
– Best group banner
– Best individual sign
– Best costume ‘nature inspired’ – children under 7
– Best costume 7 – 16 year olds.
Look forward to seeing you all on 1st April.”
Twitter accounts for each Greenbelt group
• Rally group hashtags are #GMSF #Greenbelt
The hashtags can be used on both facebook and twitter and we would love people to get using them whether posting, sharing, quoting or retweeting, this will help us to trend and really get us noticed. 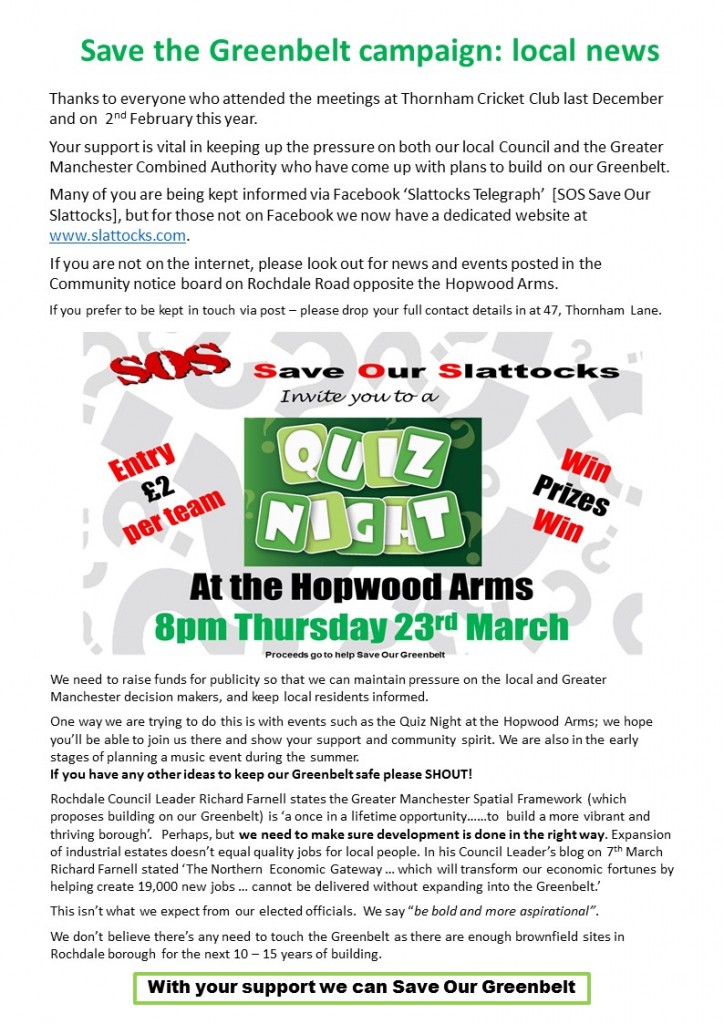